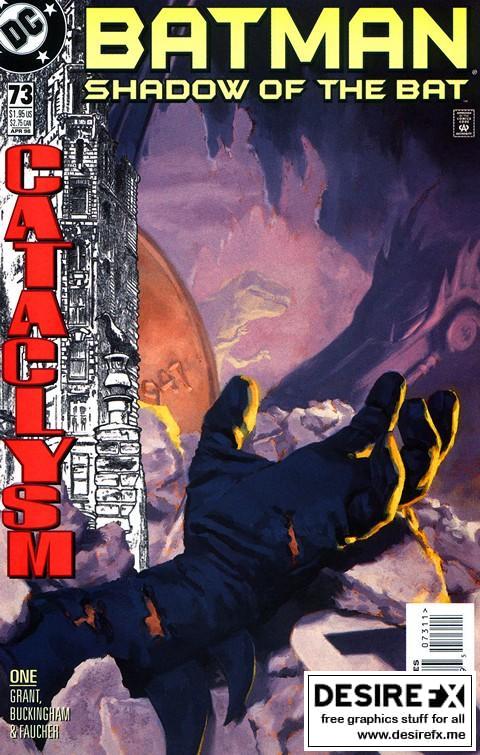 “Cataclysm” is an 18 chapter DC Comics crossover story arc that ran through the various Batman family comics from March to May, 1998. The plot of the storyline centers on Gotham City being hit by a massive earthquake, the epicenter of which is less than a mile from Wayne Manor. In the wake of the destruction, Batman and his allies join the frantic rescue efforts around the devastated city, which soon spirals into chaos. This story arc would act as a catalyst for the Batman comics and its spin-off titles, signaling the beginning of nearly 2 years of storylines that would spring forth in the earthquake’s aftermath, culminating in the year-long “Batman: No Man’s Land” saga. “Cataclysm” itself takes place a short time after the events of “Batman: Contagion” and “Batman: Legacy,” two crises which also nearly resulted in Gotham City’s destruction.