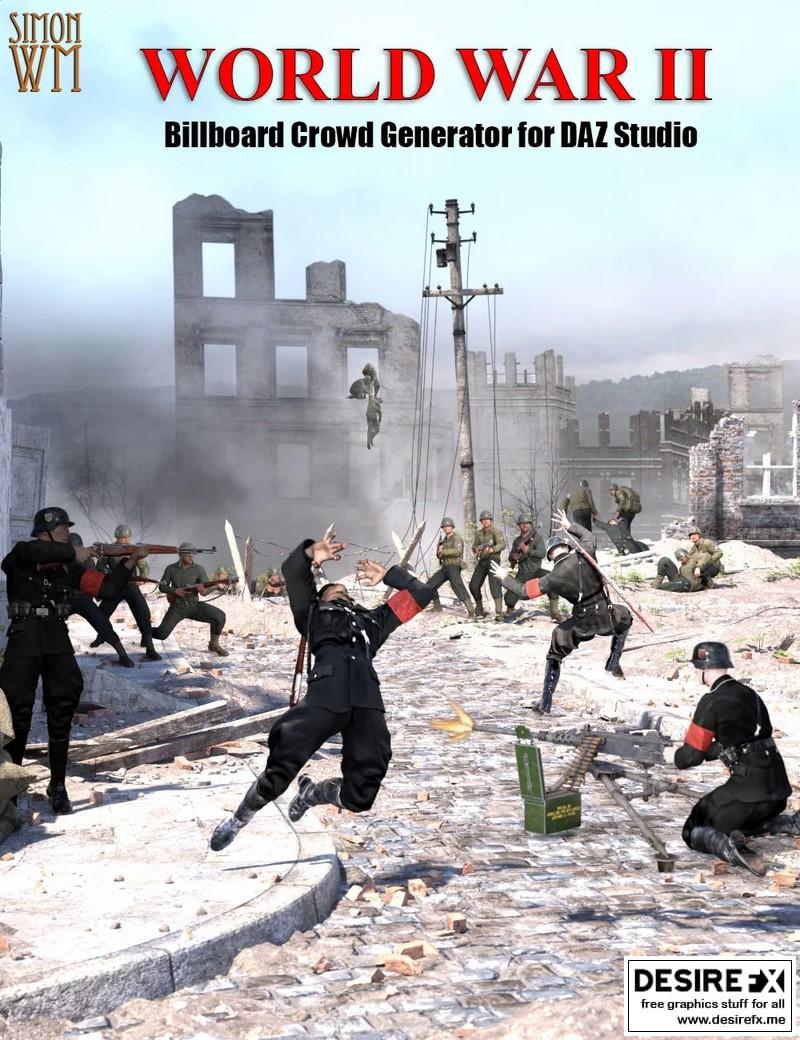 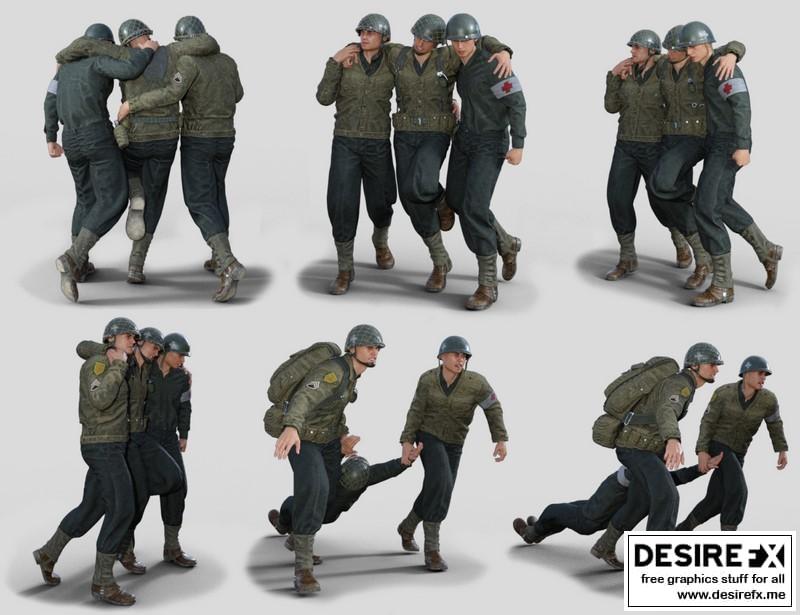 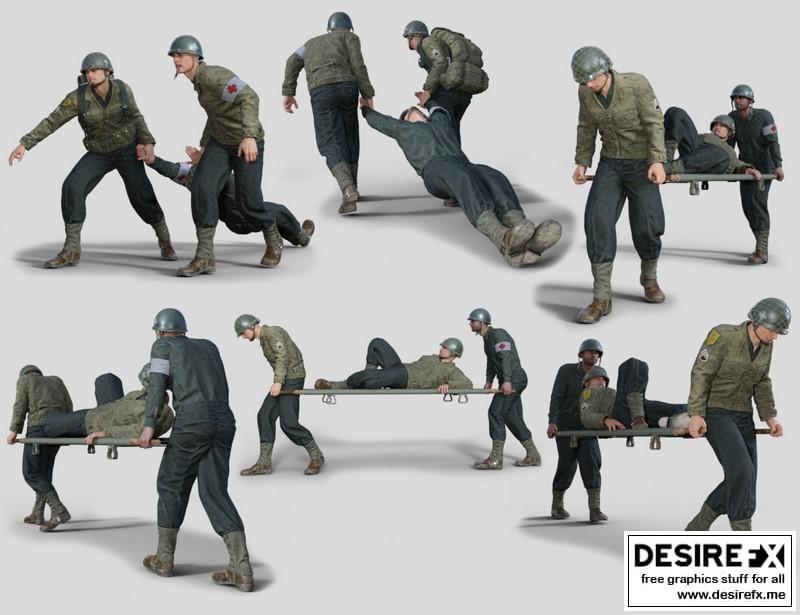 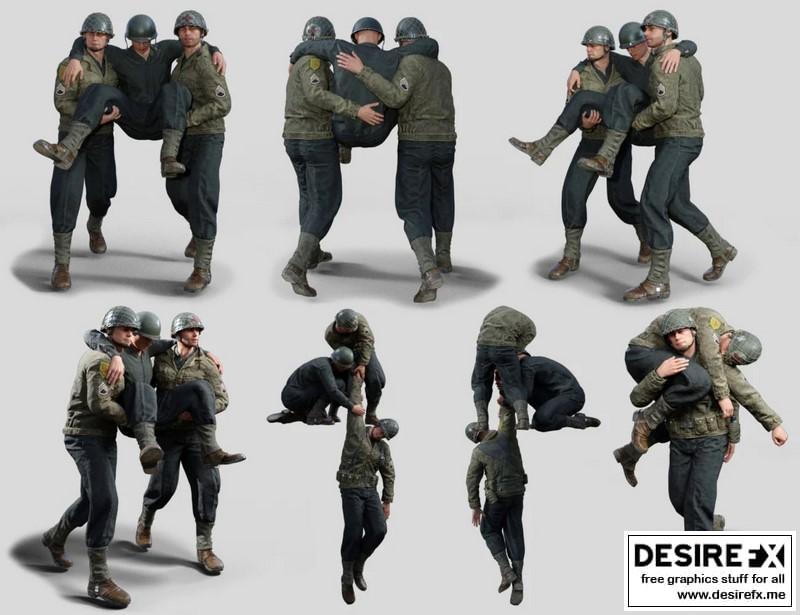 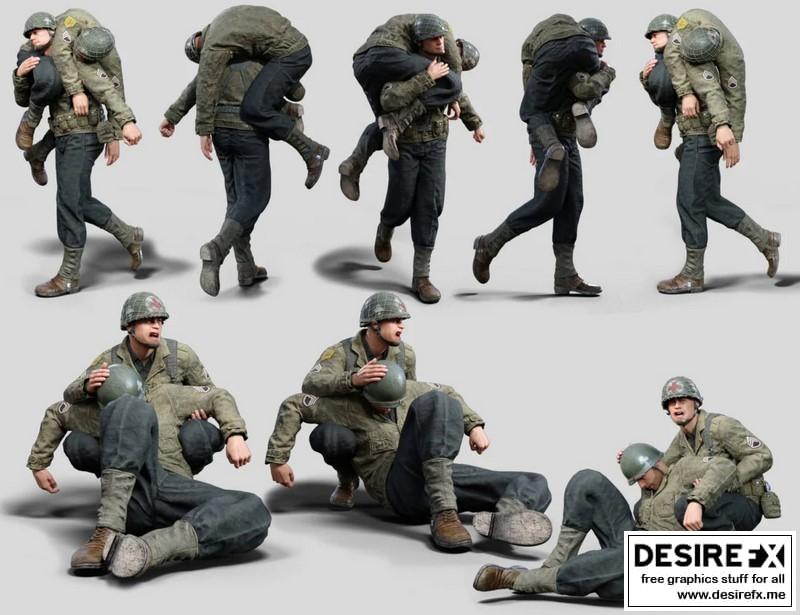 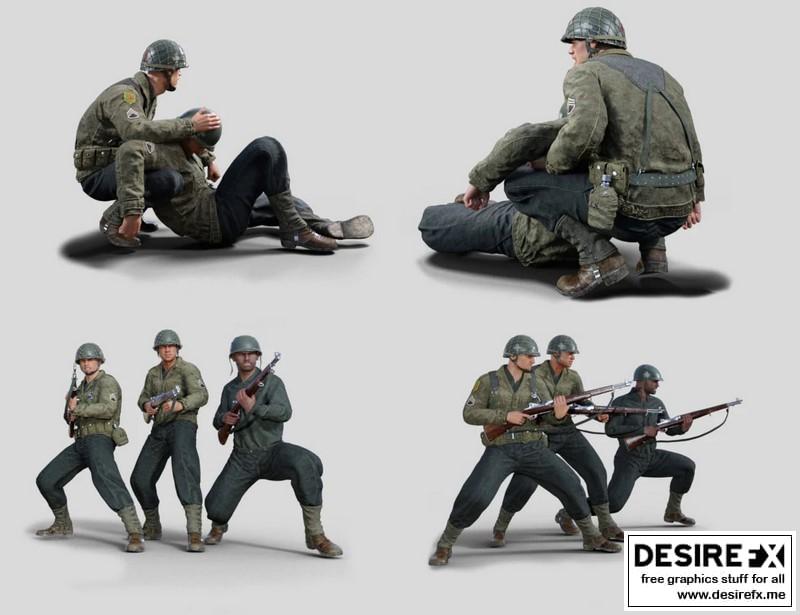 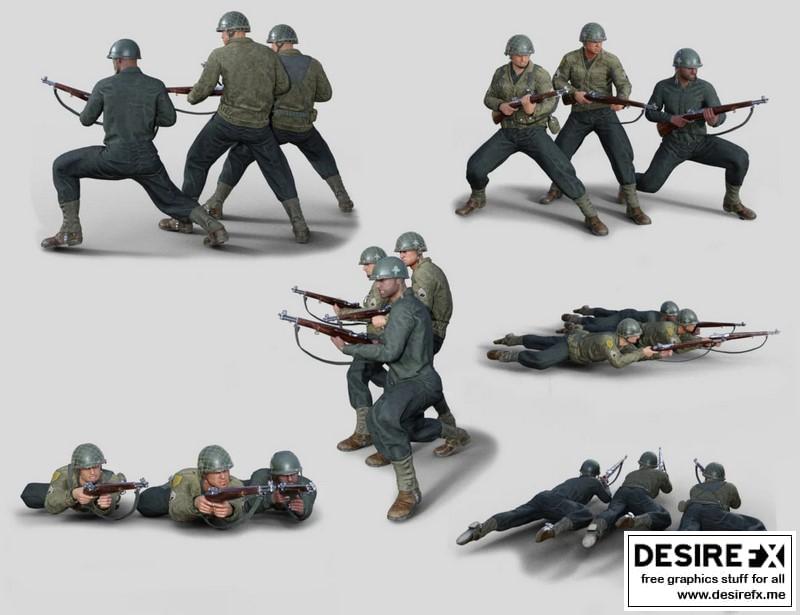 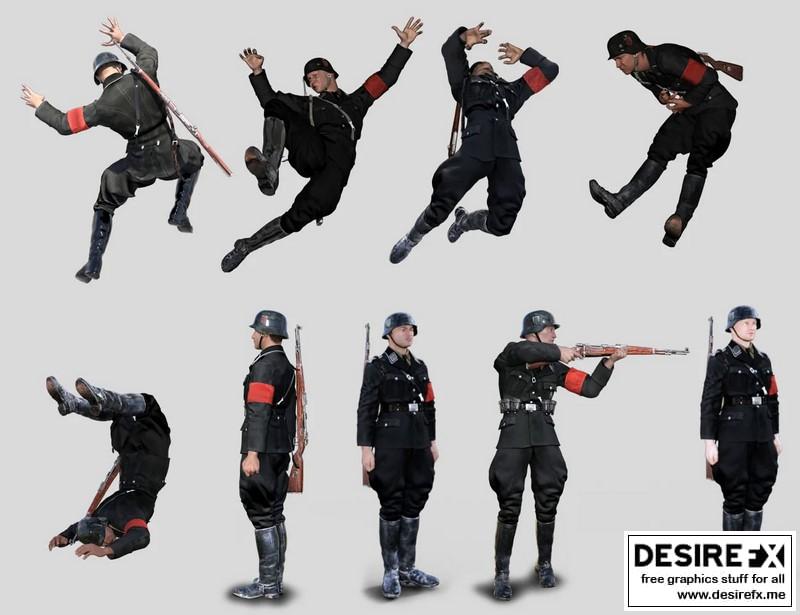 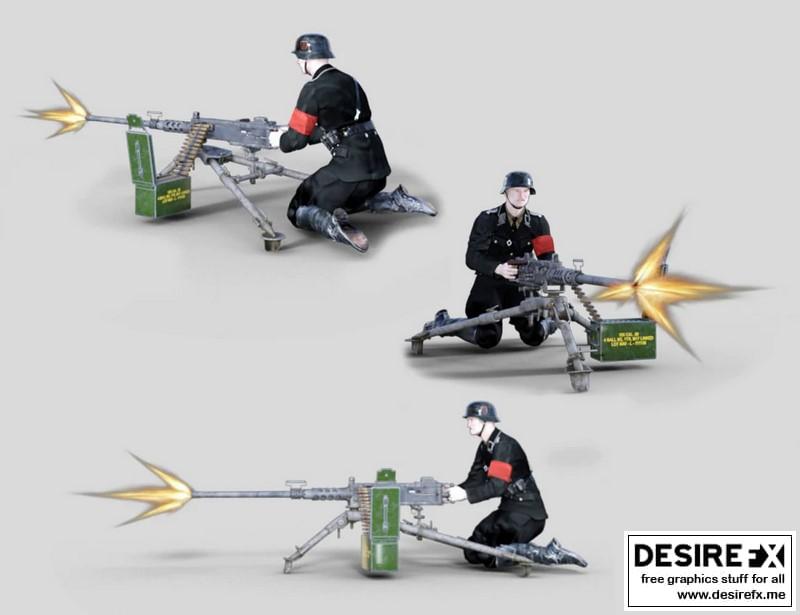 Populate your war scene quickly and efficiently with Billboard Crowd Generator: World War II!
You’ve got the planes, the tanks, even the beautiful ruins; backgrounds from artists like Stonemason and AntFarm. But what’s left for a believable period World War II piece? Loads of soldiers in action with believable poses and time-accurate uniforms.
The elements that could take you forever to gather, prepare, pose and put in place…
This set of Billboards will shorten your work time tremendously with several set of American and German soldiers ready to enter your story.
Be it a period piece you are illustrating for school, a cover for a novel or story or a superhero comic book or illustration set in the golden age of superheroes and war propaganda, Billboard Crowd Generator: World War II is bound to shorten your production and rendering times!