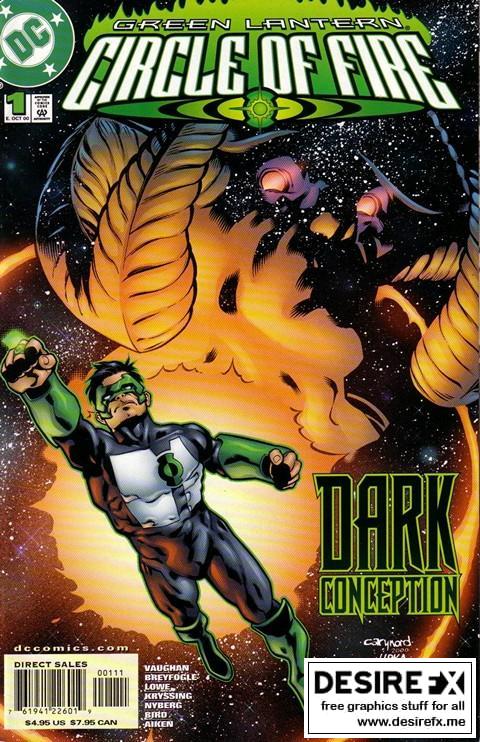 “Circle of Fire” is a story arc that ran through a two-issue, self-titled comic book mini-series and five one shot comics starring Green Lantern Kyle Rayner that was published by DC Comics in October 2000. It consists of two bookend issues, titled Green Lantern: Circle of Fire, and five issues in between in each of which a brand new Green Lantern Corps member pairs up with an established DC superhero. These other heroes include Power Girl, Adam Strange, Firestorm, the Atom, and Kyle Rayner.