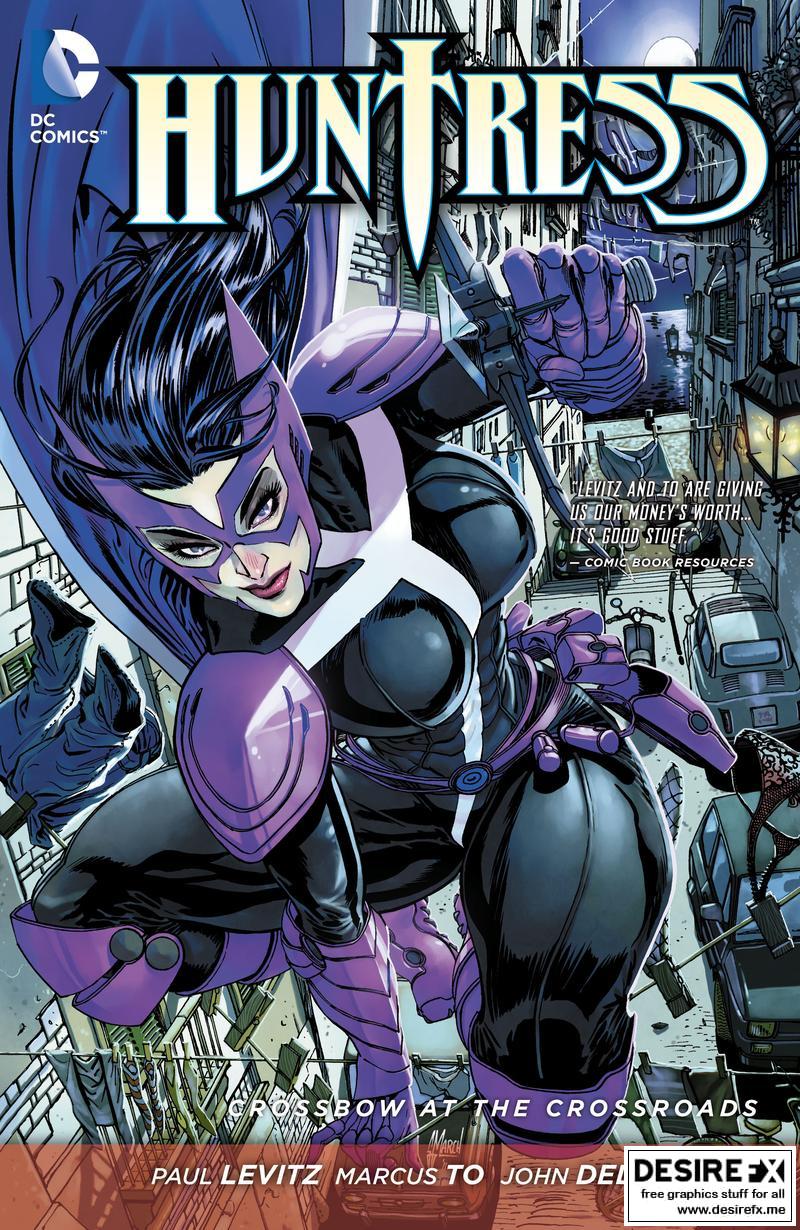 Huntress – Crossbow at the Crossroads (TPB) (2012) : As the last survivor of a crime family eliminated by bloody rivalries among the mobs of Gotham City, the orphaned Helena Bertinelli grew into the mysterious vigilante known as the Huntress. Huntress creator, Paul Levitz, returns in this action packed journey through the bowels of Italy’s most deadly crime syndicates. Huntress sets out to uncover and destroy a deadly human trafficking and gun-smuggling operation that extends to the highest reaches of the government. Collects the 6-issue miniseries.