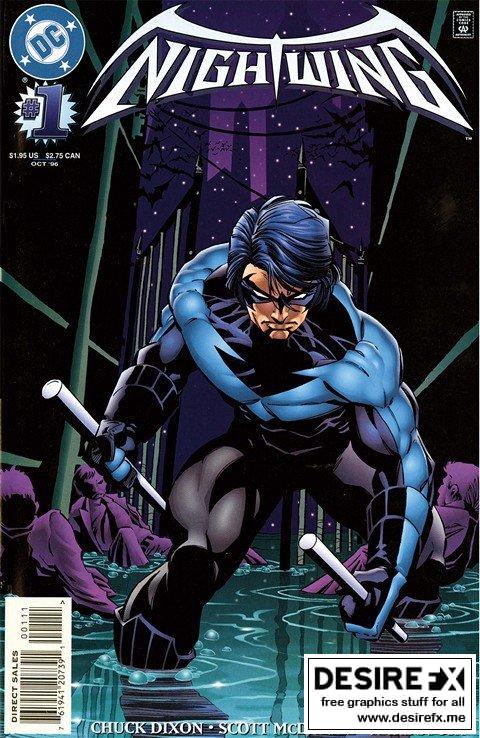 Nightwing Vol. 2 #1 – 153 + Annuals (1996-2009) : Following his solo starring roles in Nightwing: Alfred’s Return and the September Nightwing 1995 mini-series launched after Grayson’s turn under the Batman cowl in Batman: Prodigal, Dick Grayson was rewarded for years of heroic service with his own ongoing series, written by Chuck Dixon and with art by Scott McDaniel, coming off the success of Dixon’s Robin (1993) series.