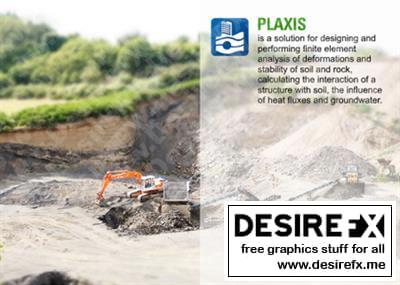 The sections below will highlight the notable changes and advantages that these releases will bring to users.
Release compatibility when upgrading from V21
Since PLAXIS V22 Update 1 also contains the new data structure of the material database and the more flexible and more robust way of handling project units introduced in the previous release, similar precautions apply with respect to V21 release compatibility. PLAXIS V22 Update 1 will be installed alongside PLAXIS V21, instead of overwriting it. Calculated V21 projects opened with this latest release will automatically be saved as a converted copy with the _converted suffix. After the conversion, remeshing and recalculation are required. In this case, the original V21 project will remain unchanged. For V21 projects that only have their geometry and/or some material sets defined and may be either meshed or not, these projects will be opened by V22 Update 1 without converting to a saved copy. The original V21 project would be overwritten upon saving.
The known issue that caused the assignment of the material factor labels to the material models parameters to be lost, when a V21 project containing Design Approaches is opened with V22 is now fixed in the latest release.
Note that these converted projects are stored in the file format for PLAXIS V22 Update 1, this means that earlier versions of PLAXIS will not be able to open the converted project files. To continue using V21, users can just open the original V21 project.
Discontinuity element
Rock is not a homogeneous material: the presence of faults, fractures, joints, and weakness planes influence the mechanical behaviour, often more than the properties of the rock material itself.
In PLAXIS, constitutive models such as Jointed Rock and Hoek-Brown capture the behavior of small, smeared discontinuities, while the larger explicit discontinuities have traditionally been modeled through Interface elements. The new Discontinuity element, initially introduced for PLAXIS 2D in Version 22, enables a simpler modeling workflow. This element is now also made available for PLAXIS 3D in V22 Update 1.
Discontinuity elements simulate the localized effects of discontinuities in rock, including opening/closing and sliding. Discontinuities decouple the nodes in the mesh, enabling the relative displacement between the two faces of the opening, which are linked by a set of independent springs for which normal (kn) and shear (ks) stiffnesses can be specified. The mechanical properties of Discontinuities are defined through their own material sets, instead of depending on the surrounding material, which makes them easier to use and to port from project to project. 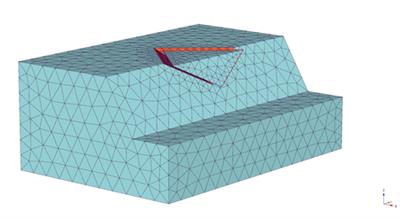 Discontinuities in PLAXIS 3D
CAD Improvement – importing polycurves as polygons
In PLAXIS 2D, geometry from CAD files is typically imported the same way as it is defined in the CAD file. This means that polylines, whether closed or open, will normally be imported as polylines and lines as lines etc. However, in CAD drawings the closed polylines usually represent soil/rock clusters or structures like quay walls etc. and users will expect these to be recognized by PLAXIS as soil/rock/structure polygons. This goes very well when users assigned so called Regions or Boundaries to their CAD drawing before exporting it from their drawing tool.
However not every software, for example Leapfrog, supports the creation of Regions or Boundaries, therefore importing CAD drawings that contain closed polylines into PLAXIS 2D would sometimes require the user to manually trace the imported polylines to create polygons.
In this latest release the interoperability with CAD packages becomes much easier and more robust better by introducing the “Import closed polylines as polygons” option in the import window. When activating this option in the import window, the GUI will show all the polygons that will be created and once accepted, the only thing left to do for the user is to assign the materials to the automatically created soil/rock polygons.
Design Approaches – Side panel warnings and improved validation checks 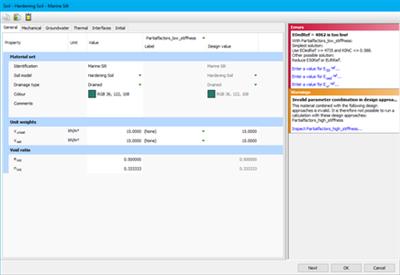 Using the new getcrosssectionresults command in PLAXIS Output
In this release, we fixed some critical issues from PLAXIS CONNECT Edition Version 22.00:
– Solved: PLAXIS Design Approach partial factor not applied to material parameters when loading older files
– Solved: Fixed an issue in the calculation manager that prevented proper saving of the files when the calculation was finished
– Solved: Staged construction information on the embedded beam connection was not always correct. To avoid confusion, the information is currently hidden, and should be reviewed in structures mode.
– Solved: Some Output results may not consider project units in PLAXIS CONNECT Edition V22.00 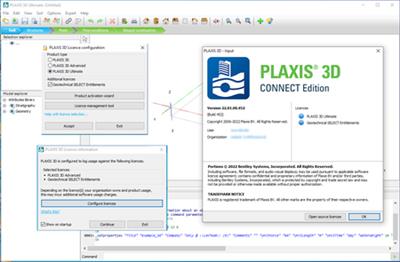 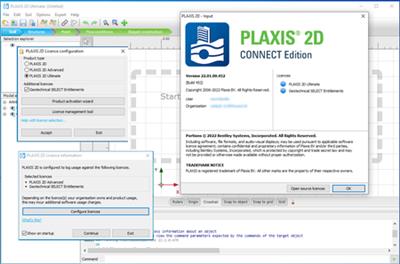