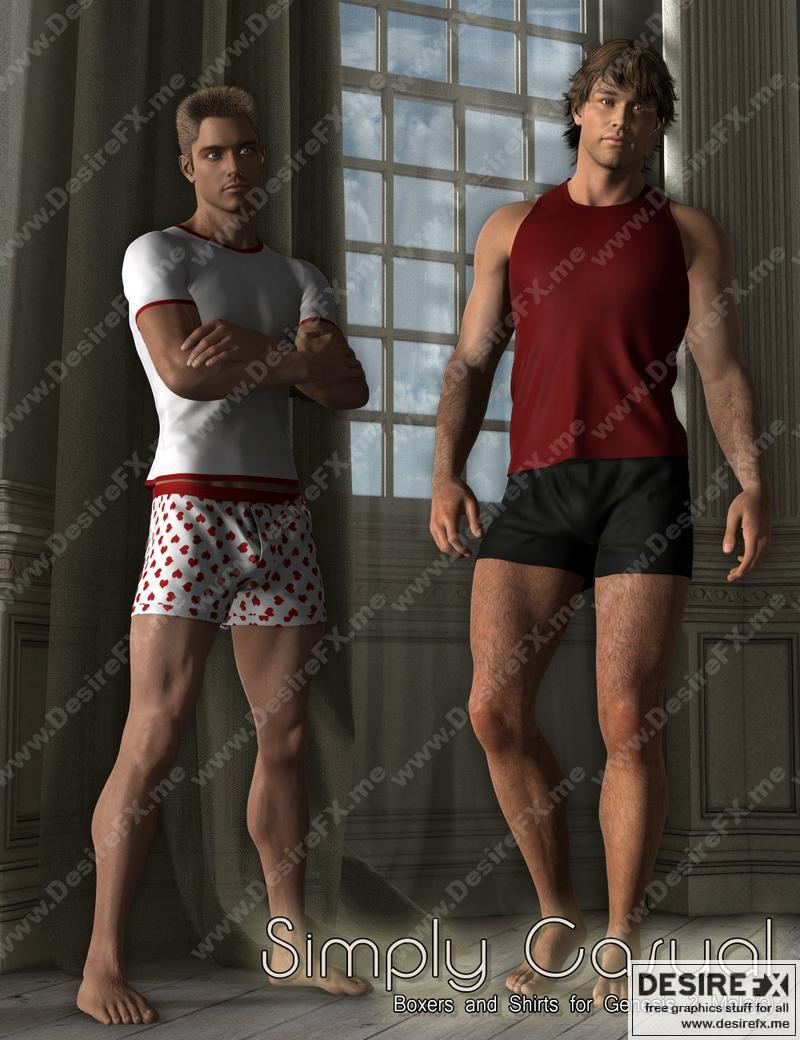 Simply Casual Boxers and Shirts is a set of everyday underwear for the Genesis 2 Males. It includes a pair of traditional boxers shorts with an elastic waistband and open fly as well as a t-shirt and tank top.

The boxer shorts were modeled to drape naturally for a realistic look. Several “dressing” morphs make these boxers versatile for a variety of looks. These include a fly that actually opens, a waistband that pulls down in the front, a morph to set boxers lower on the hips, and even a morph that puts the shorts on the floor around your characters ankles.

The t-shirt and tank top each have three dressing morphs to expose the abdominals of your character… Show Abs Left, Show Abs Right, and Show Abs Center. Dial these in and pose your figure to match the lift on the shirt.

All three garments contain a morph to feature the clothing crumpled in a pile on the floor or other horizontal surface. Presets provided for easy loading of these “crumpled” morphs.

Seven textures for the boxer shorts and 10 coordinating textures for the shirts provide dozens of combinations. Plain white textures with bump maps are included, allowing a simple change in diffuse color or texture for even more possibilities.